Sign in, sanitise hands, wear a mask and keep at least a one metre social distance. If you are sick, stay home. 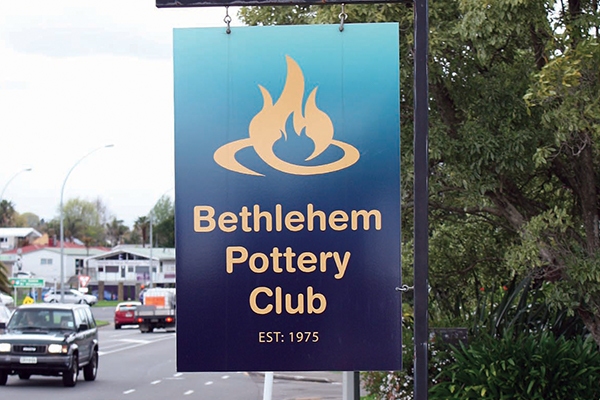 The studio is closed: 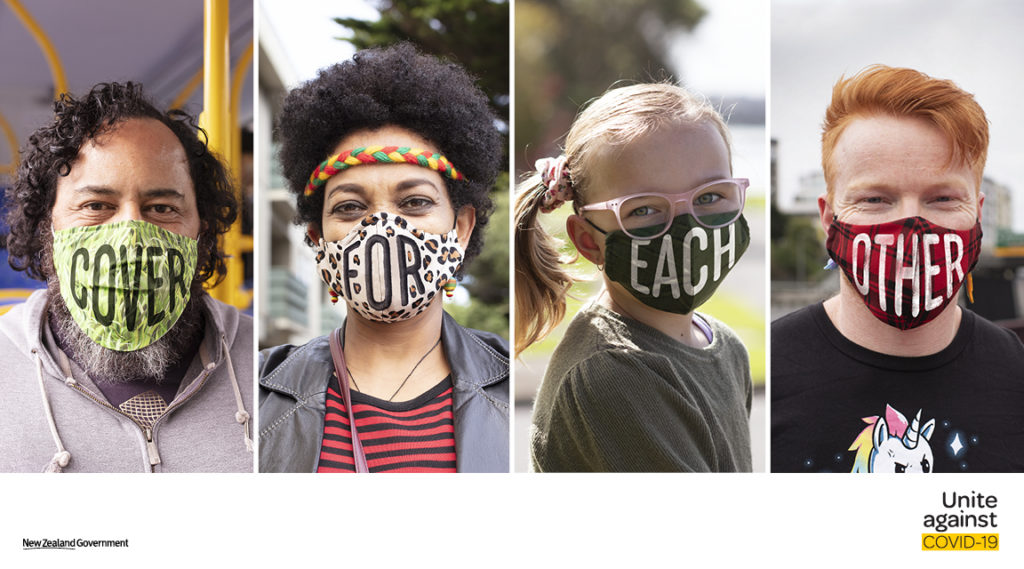 All members are able to go to the club rooms from Tuesday 5 April. Day visitors will also be allowed again.

As Covid is still very much in our community, and Omicron is highly infectious, we expect everyone to continue wearing masks while using the studio, unless you are the only person there. Scanning in is no longer required but please continue to ‘sign in’, and stay home if you are unwell. The door code will be sent out on Monday evening.

In the event of a confirmed case of Covid-19 having been at the club within the previous 24 hours, all surfaces will be cleaned and disinfected as per Government guidelines.

Under the traffic light system: 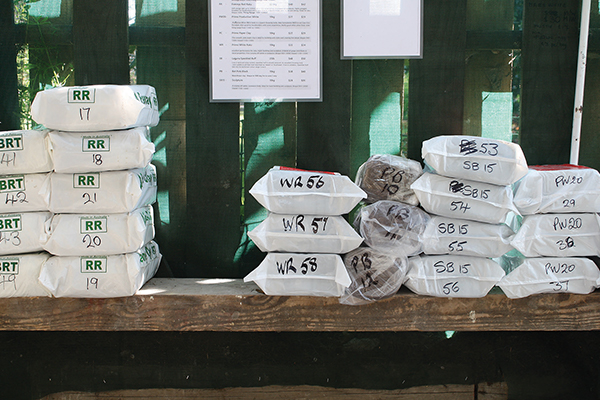 Please note prices are GST inclusive and are for non-members. Clay prices and stock varies depending on current availability and the prices listed are for the most popular clays.

To buy clay call into the club on a Tuesday or Thursday club day, otherwise contact one of the members listed below to arrange an alternative day/time. 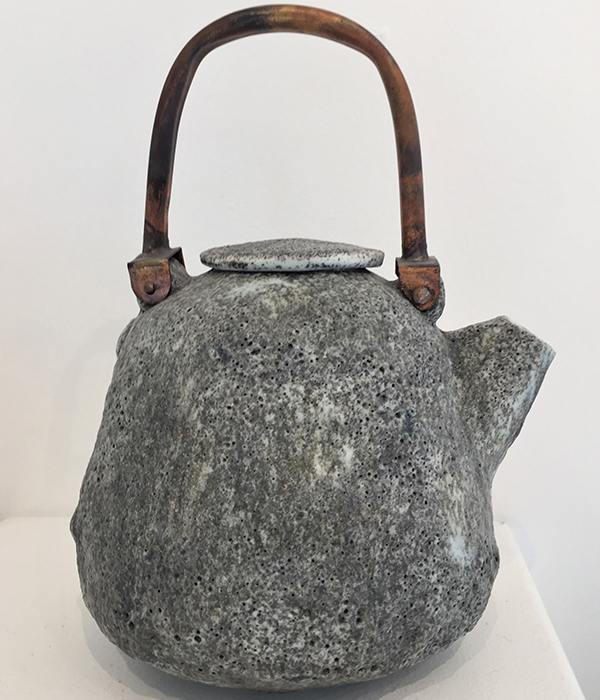 Clay, Cuppa & Chat
New and not so new members are welcome to come along for an open afternoon at the club.
Members will be there to answer questions and help with anything clay.
We run these afternoons on Sundays and the  next afternoons are Sunday, May 22 and Sunday, June 19, 1pm – 4pm.

The Miles Art Awards are a biennial event and exhibition and provide an opportunity for artists living in the Bay of Plenty to enter Tauranga’s premier art award. This is the seventh time the awards have been held.

The Bay of Plenty Times People’s Choice Award will be announced after public voting in May.

Ruth Vickers, The Earth Series ONE, 2021 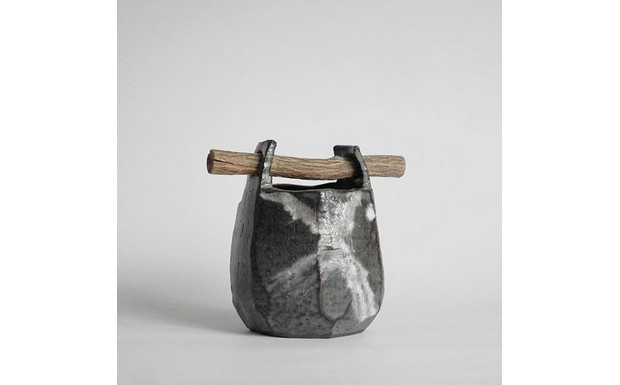 Nerikomi 2 Day workshop
Alex Wilkinson
Saturday, June 4, 10 – 3 and Sunday, June 5, 10 – 3
Nerikomi (often referred to as “neriage”) is a decorative process established in Japan that involves laminating several colored clays together and then slicing through the cross section to reveal a pattern, which can then be used in various ways. Nerikomi designs provide a wonderful way to work three dimensionally with patterns and images. In England it is known as agateware.
Kurinuki 2 Day workshop
Elena Renker
Saturday, July 2, 10 – 3pm and Sunday, July 3, 10 – 3

Kurinuki is a traditional Japanese form of hand-building. This tradition involves shaping a solid block of clay and carving out a vessel. The technique implies a more sculptural approach to clay forming, thus creating an excellent interior and exterior of the item. The aim of Kurinuki ceramics is to craft pottery spontaneously so that it looks “alive.” For this purpose, a ceramicist creates raw and sculptural vessels and avoids refined and smooth finishing.

If you are interested in any of the workshops, please email rotoruapottersworkshops@gmail.com. The courses will be advertised on Facebook a month before the start date. 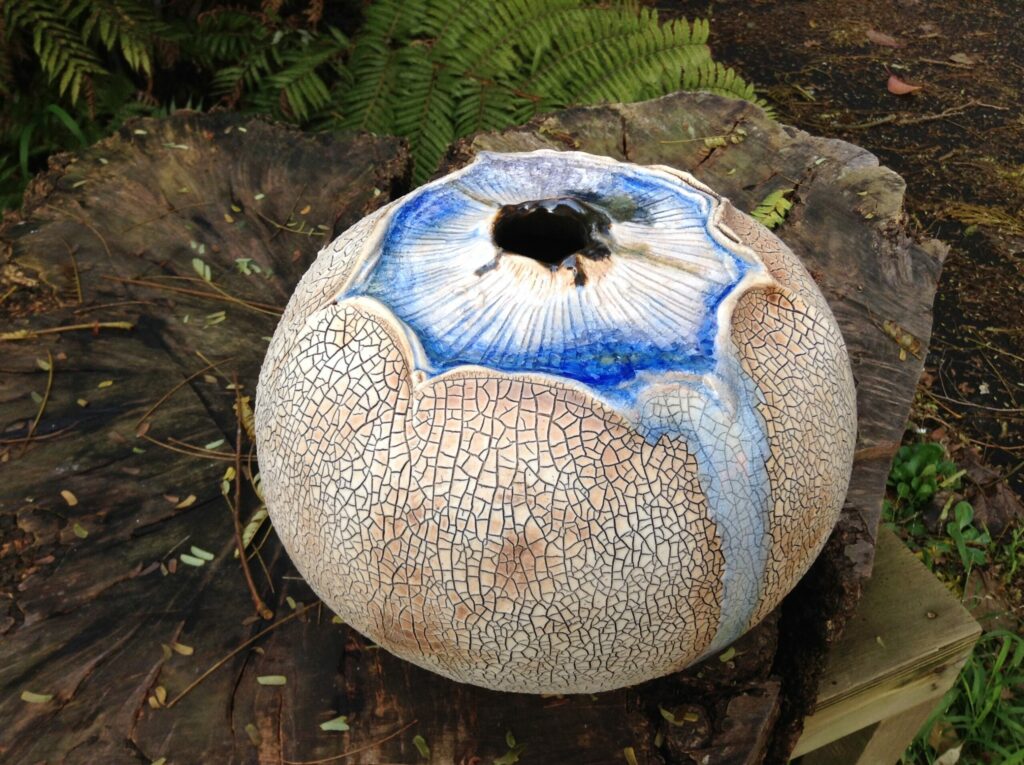 Jenni Taris has a diploma in ceramics and has attended numerous courses in ceramic techniques. She teaches ceramics at the Waikato Society of Potters.
In this workshop, Jenni will teach you how to coil using her donut coiling method, and also how to use Terra Sigillata on your pots so they are able to be burnished. Your work will then go into a pit firing at Jenni’s own pit in Matangi (mid to late June; participants also attend) and she will share her pit-firing techniques.
“For me clay is the vehicle to take my inner emotions on a journey into infinite creativity. Using illusions of form, showing physical strength and the inner emotion to give answers to questions. This journey includes and extends my family life by sharing this harmony and embedding it into the sculptural form without losing the texture and soul of the clay”.

Date: to be confirmed. Possibly July

Please note, Jenni has requested that only members with a vaccine pass attend her workshop.

Award winning ceramic artist Fiona Tunnicliffe has been working as a full time potter for over 30 years. Her beautiful pieces almost always use animal forms as a starting point. Each of Tunnicliffe’s formed ceramic animals seem to exude their own unique personality. The unique charm of each of her pieces is enhanced by the textures, patterns, text, and relief work she applies to the sculpture’s coat and shape. Her work is collected and treasured widely.

Fiona divides her time between making and exhibiting her work in galleries throughout New Zealand, and teaching ceramic art.

The club has secured two dates for Fiona’s workshops as they are so popular and so much fun.  Cost includes bisque firing of two pieces, but you will need to BYO clay (5kg approx) that has some grog in it. 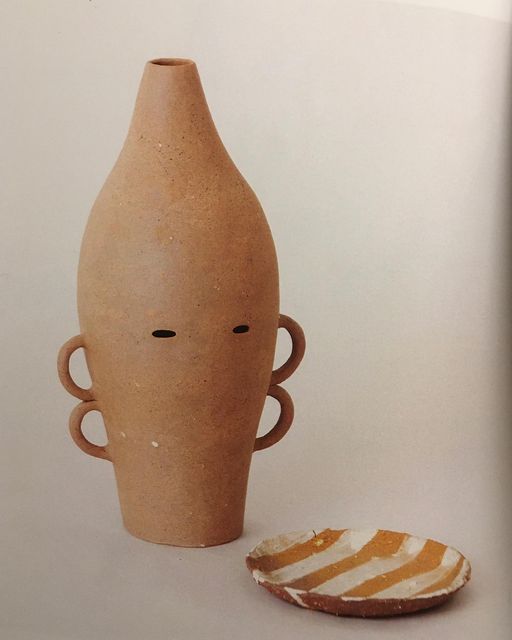 The Incubator Creative Hub is looking for great potters to show in their new Pot House Gallery.

The vision for The Pot House is to be a space in Tauranga that elevates Pottery and Ceramics as a serious contemporary, and of course traditional, artform.

BPC members may be interested in a group show which could be themed such as an all mug show. AnettPilz is having a solo show there next month.

There is a fee of $300 to exhibit in the space for a period of 3 weeks. This is to cover the rent and any exhibition installation costs. The Incubator takes a 15% commission on any sales for the duration of the exhibition.

If anyone is interested in a show in the Pothouse, complete the exhibition form: Exhibition Nitty Gritty | the-incubator (theincubator.co.nz)

Cape to Cape 2022 is our Regional Ceramics Competition. With some of the best submissions we’ve ever seen expected, this year is looking promising! If you would like to know more, visit our submission page below.

BPC member Christine Cousineau is having a solo exhibition of ceramics and painting at at The Incubator Gallery.

Christine’s ceramic art is inspired by Japanese aesthetics, a set of ancient ideals that include wabi, a quality of austere and serene beauty, sabi, old and faded, and yugen, grace and subtlety. Christine enjoys making functional ware as well as sculptural pieces. Spontaneity, imperfection, and organic forms are some qualities that best describe her work.

“By moving away from perfection, I tend to let the objects retain some aspect of the enigmatic and elusive,” Christine says of her practice.

Born in Canada, Christine has been living in New Zealand since 1989. She started playing with clay in 2012 and four years later, she obtained a Diploma in Ceramic arts at the Otago Polytechnic. In 2018, she flew back to Canada to study Fine Arts at UQAM University in Montreal and graduated with a Bachelor of Fine Arts in April 2021.

Anett Pilz is a BPC member who is exhibiting at The Incubator at the same time as Christine Cousineau. Anett’s beautfiul and intricate ceramic pieces can be seen at The Pot House in a show titled Zentangle and Other Patterns.

In 2014 she took part in a ceramics decorating workshop, facilitated by local ceramic artist Irene Tuscia-Falconer and since than Anett has developed her own style. Many of her pieces take over 20 hours to complete. Each piece that Anett creates is unique.

Anett says that she has always loved drawing and creating things. She taught mathematics and art in Germany, and started creating ceramics in 2001 after taking night classes in Berlin. A move to New Zealand in 2008 has allowed her more time to focus on ceramics. 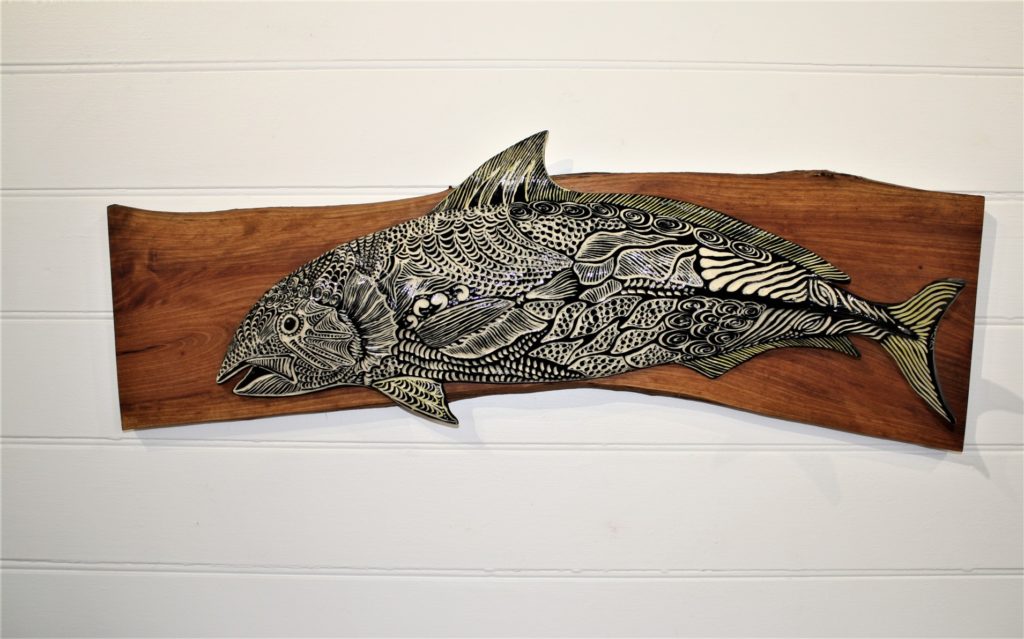 The Clear as Mud pottery exhibition promotes potters from throughout New Zealand and showcases the visual arts.

All proceeds from the sale of the artwork go back to the artist.

The aims are to promote potters, attract visitors to the town, and add to the area’s already vibrant visual arts scene.

Click here for the entry form. Deadline for entries is Friday, 30 September or whenever capacity reached.

thank you to our sponsors 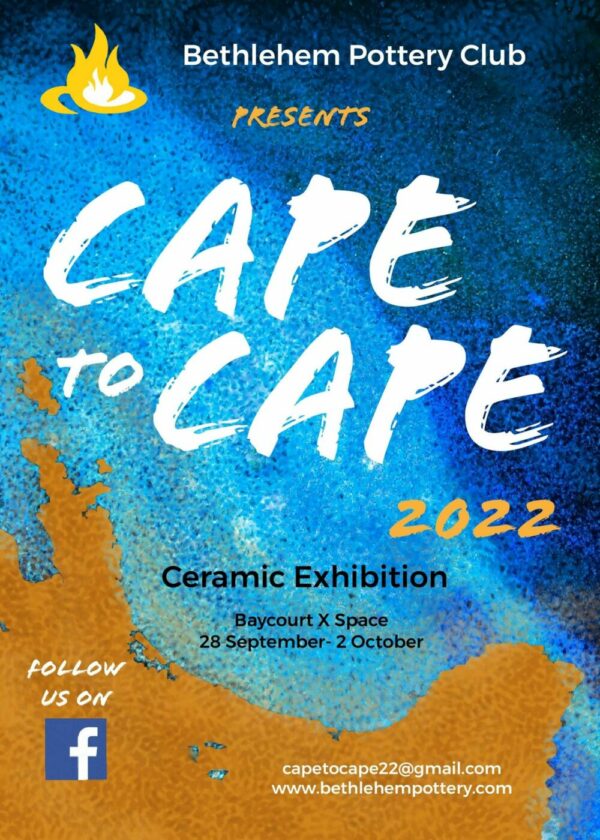